Smart/Intelligent video surveillance technology plays the central role in the emerging smart city systems. Most intelligent visual algorithms require large-scale image/video datasets to train classifiers or acquire discriminative features using machine learning. However, most existing datasets are collected from non-surveillance conditions, which have significant differences as compared to the practical surveillance data. As a consequence, many existing intelligent visual algorithms trained on traditional datasets perform not so well in the real world surveillance applications. We believe the lack of high quality surveillance datasets has greatly limited the application of the computer vision algorithms in practical surveillance scenarios. To solve this problem, one large-scale and comprehensive surveillance image and video database and test platform, called Benchmark and Evaluation of Surveillance Task (abbreviated as BEST), is developed in this work. The original images and videos in BEST were all collected from on-using surveillance cameras, and have been carefully selected to cover a wide and balanced range of outdoor surveillance scenarios. Compared with the existing surveillance/non-surveillance datasets, the proposed BEST dataset provides a realistic, extensive and diversified testbed for a more comprehensive performance evaluation. Our experimental results show that, performance of seven pedestrian detection algorithms on BEST is worse than that on the existing datasets. This highlights the difference between non-surveillance data and real surveillance data, which is the major cause of the performance decreases. The dataset is open to the public and can be downloaded at: http://ivlab.sjtu.edu.cn/best/Data/List/Datasets. 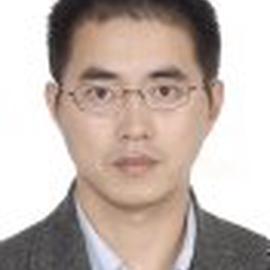